Budapest Liszt Ferenc International Airport, which has 3 passenger terminals: Ferihegy 1, Ferihegy 2/A and Ferihegy 2/B. Terminal 3 is planned to be built. The airport is located to the east of the centre in the XVIII. district in Pestszentlőrinc.

Budapest is the most important Hungarian road terminus; most of the major highways end near the city-limits. The road system in the city is designed in a similar manner to that of Paris, with several ring roads, and avenues radiating out from the center.

Ring road (beltway) M0 around Budapest is nearly completed, with only one section missing on the west side due to local disputes. Currently the beltway is around 80 kilometers in length, and once finished it will be near 100 kilometers of highway in length.
Public transport

Budapest's tram network is extensive, and reliable despite poor track infrastructure and an ageing fleet. Routes 4 and 6 combined form the busiest traditional city tram line in the world, with the world's longest passenger trams (54-metre (177 ft) long Siemens Combino) running at 60 to 90 second intervals at peak time and 3–4 minutes off-peak and usually packed with people.

Day services operate from 4:30 a.m. until 11:30 p.m. each day. Night traffic (a reduced overnight service) has a reputation for being excellent.

There are four metro lines in Budapest. The Yellow line, built in 1896, is one of the oldest subway lines in the world, following the London Underground built in 1863.

Map of METRO & Railways network of Budapest and Vicinity

Railways:
Hungarian main-line railways are operated by MÁV. There are three main railway termini in Budapest, Keleti (eastbound), Nyugati (westbound), and Déli (southbound), operating both domestic and international rail services. Budapest was one of the main stops of the Orient Express until 2001, when the service was cut back to Paris-Vienna. There is also a suburban rail service in and around Budapest, operated under the name HÉV.  Train Time Table Search Engine 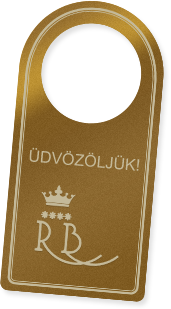